This interview has been lightly edited for clarity.

Heidi: Bob Blake is the owner of Solar Bear and a citizen of the Red Lake Nation. He will be delivering the closing address this Saturday at EarthFest in Mountain Iron. EarthFest is an annual event hosted by the Iron Range Partnership for Sustainability. Bob's presentation is entitled 'Native Nations Leading the Way in Renewable Energy.' Bob joins us now to talk about Solar Bear. Thanks so much, Bob.

Bob: Thanks for having me, everyone. This is really cool!

Heidi: Nice. I don't know that [John] got the idea of solar energy quite right. I think the concepts are about people and the sun [energy], and that it's still there even when it's cloudy.

Bob: Yeah. You know, it's crazy when you think about how much energy from the sun hits the world. Each day, over a hundred thousand terawatts! To put that into perspective, human beings on the planet use 17 terawatts, and that includes everything: nuclear, oil, renewable energy. So, that's a lot of energy that we can harness from the sun if you think about it.

Heidi: You and the Red Lake Tribal Chair, Darrell Seki, believe that the Red Lake Nation can lead the way for a clean energy revolution. Tell us what your vision is.

Bob: We've been doing a lot of renewable energy work, and we really believe that solar can be a job creator and economic driver for our community. When you think about any community, you have to consider energy and if you have something that can produce it for a very low cost. And then that can be the output for that community. We believe that can be the job creator and the community's economic driver. So, that's what we're looking at here. When you consider a community like Red Lake Nation, where the median income is $10,000 a year, you can see it as another way to attack poverty. Do you know what I mean? It's a very root of it. That's where we're really excited.

Heidi: It sounds like the future is bright there! Tell us about some of the specific solar energy products at Red Lake.

Bob: We completed a 70-kilowatt project on the Red Lake government center. We employed about 20 tribal members. You don't need 20 tribal members to put up a 70-kilowatt system, but the idea was to employ as many people as possible and create some skill sets in the community. That was great. We also did a 200-kilowatt system on the job training center. The idea was to be able to show future students how these projects are put together so that they can learn from it too. That was really exciting, and there were probably another 10-15 tribal members who went through that training as well.

Heidi: Bob, this sounds like something you are very passionate about. I can hear it in your voice. Why is solar your life's work?

Bob: I believe that renewable energy is the future. There are so many possibilities, and it's so easy for anyone to get involved in this career. Anyone can do this. They're putting solar projects in the middle of the jungle, in the middle of nowhere, around the world! Do you know what I mean? You don't need a lot of education to do this type of work. The other part that I'm excited about is that it's scalable, right? If you start with just one house, you can move to a second, then a third, then a fourth. Pretty soon, you will have your own little microgrid! The future is us producing our own energy and being autonomous. So, I'm really excited for the future around renewable energy.

John: So, Bob, I don't have solar energy, but Heidi and I have been interviewing people about it for a long time. When I think of solar energy, I think, wow, this is fantastic! But I also hear people saying (as far as new construction goes), 'Is it worth it? When do I catch up?" because it's not cheap. Is it worth the investment to wait 12 years to break even? Can you address that a little bit?

Bob: For a typical home, you'll probably see the payback starting in year 4. If you think about that, and that the panels are guaranteed for up to 25 years, you're looking at 20 plus years of free energy. Thinking about it that way, solar pretty much pays for itself. Now, consider that solar panels can last for as long as you take care of them. There's the Voyageur Space Explorer up there that NASA put in in the seventies: that thing is over 50 years old. It's still going and powered by solar panels. I would say that the projects I'm currently working on will outlive me, and that's crazy to think about that. All that's to say is that solar can go for a very long time, and you'll start seeing payback within four years!

Heidi: Bob, before we go, I want to give you the opportunity to tell us about the nonprofit you're a partner in, Native Sun.

Bob: Thank you so much. Yes, Native Sun Community Power Development. We just received a $7 million grant from the Department of Energy. We were the highest awardee in the country for that round. We are building an electric vehicle charging network from the Twin Cities to Red Lake to Standing Rock and then back to the Twin Cities. So we're pretty excited about this project. We hope to do some training and buy vehicles to put into these communities. Very exciting, we are looking forward to it.

Heidi: You're leading the revolution, Bob, thanks!

John: He's reading the revolution with energy! Bob, you are jacked up about this! This is good!

Heidi: Yeah. Go Red Lake Nation. Thanks, Bob! Good to talk to you. We'll see you at the Iron Range EarthFest tomorrow.

For more about Bob Blake and Solar Bear, see this article.

Heidi Holtan
Heidi Holtan has worked at KAXE/KBXE for over 20 years. She currently helms the Morning Show as News and Public Affairs Director. Heidi is a regional correspondent for WDSE/WRPT's Duluth Public Television’s Almanac North. In 2018 Heidi received the “Building Bridges in Media” award from the Islamic Resource Group for her work on KAXE/KBXE hosting conversations about anti-Muslim movements in rural Minnesota.
See stories by Heidi Holtan 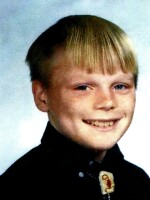 John Bauer
John has been listening to KAXE since the early days in 1976, and has worked as our Development Director since 1995. You can hear him on the Morning Show Fridays and producing segments about community mental health.
See stories by John Bauer

Sarah Mitchell
Sarah Mitchell (she/they) joined the KAXE team in February of 2022. Sarah creates the Season Watch Newsletter, writes segment summaries for the website, and coordinates our Engaging Minnesotans with Phenology project. With a background in wildlife biology, Sarah enjoys learning a little bit about everything, whether it's plants, mushrooms, aquatic invertebrates, or the short-tailed shrew (did you know they can echolocate?).
See stories by Sarah Mitchell