Lynndelle endures cancer, a pandemic, and protests through beautiful music

Minnesota musician, Lynndelle, known for her rock fiddling, singing  and songwriting just released her debut album Gathering Flowers in April. The music comes in part from her struggle with breast cancer, and the album dropped just as the pandemic was ramping up in Minnesota. Then, the protests happened around her in the Twin Cities. The music of Gathering Flowers provides an uplifting experience in the midst of life's many challenges. Find out more about Lynndelle at her web site and on social media. Hear my conversation with Lynndelle by clicking below.

Listen to CenterStage Minnesota Fridays at 2 and 10 on KAXE/KBXE. 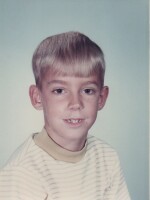 Brett Carter
Brett Carter is the host of Centerstage Minnesota and volunteer coordinator at Northern Community Radio. When not scheduling, training and coaching our team of over 100 volunteers, he is shining the spotlight on great Minnesota music. He entertains his co-workers with his quirky sense of humor, unique socks and collection of multi-colored pens. Brett lives in Bagley with his wife and beloved cats. It is rumored he once spent $10,000 on his cats birthday ....
See stories by Brett Carter