The 8th Congressional District covers a huge part of north central and northeastern MN, from the northern suburbs of the Twin Cities to the Canadian border.  On the eve of election day, we have some final thoughts from the main party candidates running for the 8th District seat in Congress - Republican Pete Stauber from Duluth, and DFLer Joe Radinovich from Crosby.

Sarah Bignall spoke with Radinovich and Stauber about campaign finance reform, the effects of BIG money on politics and each candidate got a last minute appeal to undecided voters.

Election information including poll locations is available at the Minnesota Secretary of State Page. 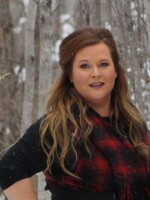 Sarah Bignall
Sarah Bignall was named Interim General Manager is early 2022. Prior to being GM, Sarah started working at KAXE/KBXE in 2015 and was promoted to Director of Operations in 2016. Her duties included on-air programming, day-to-day operations, management of staff and coordinating and managing many of our events.
See stories by Sarah Bignall