It's Time to Order Baby Chicks

According to Eric Stromberg, now is the time to order baby chicks. “In fact,” he said, “you can’t order them soon enough right now. With COVID, people really started to get into the backyard hobbies, and that includes buying baby chicks and raising chickens. So, something that they’ve wanted to get into, and now they’re jumping in. We’ve seen a huge increase in orders.”

Eric Stromberg is the fourth generation in his family’s poultry business. His family has been raising chickens since 1921. The business moved from Iowa to Pine River Minnesota in 1975. In 2019 Stromberg’s Chicks and Game Birds joined with Mann Lake (a bee supply company) and opened a new store in Hackensack. The merger allowed Stromberg’s to expand into Mann Lake’s six distribution hubs across the country – with baby chicks and the equipment to raise them.

Stromberg’s partners with hatcheries throughout the country to offer 200 varieties of birds. Besides chicks, they offer everything from ducks and geese to pigeons and doves, to trumpeter swans.

When asked how many chicks his business sells in a year, he had to estimate. “I would say I don’t want to give a specific number, but it’s hundreds of thousands of chicks.”

Spring is the most popular time to order chicks, but it’s possible to order them at other times and still have them thrive. “There’s certain considerations that you want to take when you order them other times of the year. The biggest one is that you always want to think, ok, if you get your chicks today, it’s about four months before they start laying eggs. So that’s another reason why people like to order early, cause they’re planning for the rest of their year. However, if you want to get chickens that are ready to lay in the spring, a lot of people will start ordering in the winter or fall so that they’re ready to go. Now, if you do that, you have to keep them inside because they do need heat – because they’re just little babies and they can’t regulate their heat. But other than that consideration, it’s not a very hard process to raise them.”

We asked how, with 200 varieties to choose from, does a beginner pick which varieties to start with. Eric said Stromberg’s has a catalog with a guide to things like cold-hardiness. “If you’re looking for cold-hardy birds, good picks are Buff Orpingtons, Black Australorps, Barred Rocks, or Speckled Sussex. So those are all great birds; you really can’t go that far wrong. All the birds get along together, so you don’t have to worry about that. And they’re all aged at the same rate, so you don’t have to worry about one getting bigger than the other. It’s just preference. Like if you want different egg colors so when you’re delivering eggs to your neighbor, you can say ‘Oh look, I’ve got white, brown and blue eggs.’ It’s really just a preference. We have customer service reps that can help you through that process, but part of the fun is just picking your own breed. And a lot of people just pick them based on color, or some of them have like funky hairdos…the Polish and things like that.”

For those thinking of ordering chicks, Eric said they need 5 things to survive: “They need heat; they need feed, water, space, and light. So the heat…we have brooder lamps, which are just 250-watt light bulbs that you keep a little ways off the ground. Try to keep those birds at about 95 degrees for the first week, and then you drop it by 5 degrees every week after that. They obviously need feed. So we have baby chick feeders that just basically hook into a mason jar and can get more complex from there, depending on how many birds you have. The waterers are the same. You want just a small waterer so the baby chicks can’t get in there and get cold.

“As far as space, a lot of people just use an old wash tub or feed bin, or some people just use cardboard boxes. It’s as simple as that. And then the light; you just need to make sure you provide some light for your baby chicks, but it’s a real simple process.

“If you don’t want to do that, we have what’s called started pullets, which are those started female birds, and they’re ready to go at 17 weeks, ready to lay eggs. And I believe those are available April 1st.”

For housing chickens in northern Minnesota, Eric says you have to build a secure chicken space. “A secure chicken coop in Minnesota is just a, you know, a lot of people use old ice fishing shacks or sheds and things like that and insulate them. I do suggest insulating them…frostbite can be a problem on the combs. You want to make sure that you give them enough insulation and you don’t need to heat your coops. Although a lot of people do, their body heat will suffice. So you have a nice insulated coop that is secure at night. A lot of people use the automatic chicken coop doors. That’ll let the birds out in the morning and then the birds naturally come back at night into their roost, and then the door closes.

“And what I suggest is building a pen for their daytime. They’re not going to be free ranging then, but it will keep them safe from daytime predators. And then if I’m home I’ll open that up and let them free range into the forest or yard. But I’ve had daytime predator issues where I feel like an enclosed pen, which is just fencing…you know, you can use galvanized fencing or a, like a PVC-coated welded wire, which works as well...just as long as you’re providing them a safe space.”

Eric says it’s ok to have chickens and be away for a time; say, for a vacation. “I have had flocks of chickens for ages. And if I could not leave, I don’t know if I’d be able to keep the girls around. So what I say is, there’s automatic chicken waterers out there, and that’s really your biggest chore, right? It’s the water back and forth, with, you know, 5 gallon buckets. Well, they weigh 40 pounds. So if you’re trying to have somebody come and watch your chickens, they’ve gotta be hauling 40 pounds back and forth between your spigot and your coop. Well, if you just string a hose out to your coop for that vacation time, or just all the time, and have fresh, clean water running to them, it’s a real time saver. And it does alleviate the stress of vacation. Now the other thing you have to think about is the feed. And for that, we have just larger feeders…you know, 50-pound feeders that you can put a couple of them out and you’d be surprised how long 50# of feed will last…And so you might have to have somebody come out and check on your birds once or twice during a vacation, but their chores will be minimal.”

Listen to the full audio below for much more about raising chickens, including the pros and cons of keeping a rooster, how to keep chickens healthy, incubating, and the things chickens eat.

Chicks can be ordered by mail, but the first chick pick-up day for Stromberg’s is March 6th, at the store in Hackensack. Chicks and pullets can be ordered and paid online, and they’ll be set aside that Saturday morning. Chick pick-ups are scheduled every other Saturday, now until the end of May. Or people can stop by and pick out chicks that day. Catalogs are available by request here. 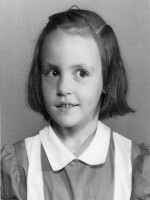 Maggie Montgomery
Maggie is a rural public radio guru; someone who can get you through both minor jams and near catastrophes and still come out ahead of the game. She pens our grants, reports to the Board of Directors and helps guide our station into the dawn of a new era. Maggie is a locavore to the max (as evidenced on Wednesday mornings), brings in months’ worth of kale each fall, has heat on in her office 12 months a year, and drinks coffee out of a plastic 1987 KAXE mug every day. Doting parents and grandparents, she and her husband Dennis live in the asphalt jungle of East Nary.
See stories by Maggie Montgomery