The Red Lake Nation has exercised its soverignty in adopting a number of policies to protect its members from Covid-19. Chairman Darrell G. Seki, Sr. spoke with KAXE/KBXE's Heidi Holtan and John Bauer about specific steps he and the tribal council have taken in the effort to keep Red Lake members safe. In this interview (below) he explains what the current declaration of medical martial law means and how Red Lake is implementing a free testing program for members. As a leader, he also makes a strong statement asking individuals to be responsible and keep others safe during the pandemic.

Red Lake Nation is unique in Indian Country. Their homeland is aboriginal. It was never ceded to the United States and is held in common by its members. (Though they did give up millions of acres, including the Red River Valley, in its only treaty with the US at Old Crossing in October 1863, less than a year after the Dakota Conflict)

Seki was raised in the traditional village of Obaashiing. (Ponemah) Though its name in the Ojibwe language is "Obaashiing" meaning "At the narrows", "Ponemah" is derived from another Ojibwe word baanimaa, meaning "later (on), after(wards)", as used in The Song of Hiawatha. Here Ojibwe culture, language and World View survives.

Obaashiing is 99.20% Indigenous American. It is the most Native American census designated location in the United States by Percent.

Seki is an Ojibwemowin First Speaker, English is a second language. He did not learn to speak English until starting school. Seki practices the traditional World View of the Ojibwe. No Christian church has survived in Ponemah.

Seki served eight years as Tribal Executive Director under the Whitefeather administration, then 12 years as Tribal Treasurer, (one of three full-time officers) and is now in the second year of a second four-year term as Tribal Chairman.

Heidi Holtan
Heidi Holtan has worked at KAXE/KBXE for over 22 years. She currently helms the Morning Show as News and Public Affairs Director where she manages producers, hosts local interviews and programs, oversees and manages web stories and establishes focus areas of programming like phenology, clean energy, Indigenous voices, Strong Women, local foods, clean energy, economic development and more. Heidi is a regional correspondent for WDSE/WRPT's Duluth Public Television’s Almanac North. In 2018 Heidi received the “Building Bridges in Media” award from the Islamic Resource Group for her work on KAXE/KBXE hosting conversations about anti-Muslim movements in rural Minnesota. During the pandemic, Heidi hosted 14 months of a weekly statewide conversation on COVID-19 for the AMPERS network.
See stories by Heidi Holtan 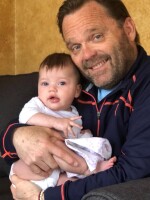